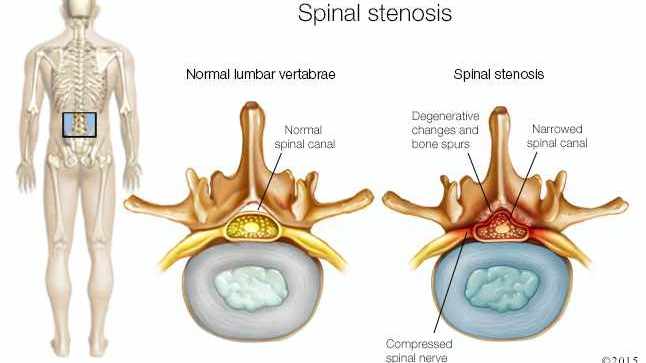 What is spinal stenosis?

Spinal stenosis consists of narrowing the spinal canal in a specific segment, reducing the space available for the spinal cord and root.

How is it produced?

It is usually due to the invasion of the medullary canal due to the deformation of the bones that form the facet joint. In addition, in some people, the channel is narrower than normal, which makes it easier for nerve structures to compress. The narrowness of the canal is of no importance if that compression does not occur.

In the early stages, there are vascular and inflammatory phenomena that might be those that trigger the compression of nerve structures (instead of bone growth). These vascular or inflammatory mechanisms can improve with conservative treatment.

The narrowing of the spinal canal does not cause pain or any problem if no nerve structure is compressed.

If there is compression, the patient does not notice pain if he is flexed forward – for example, when sitting – since in that posture he separates the laminae of the two vertebrae that form the facet joint and decompresses the nervous structure. However, when walking pain appears in the legs – and not in the area of ​​the spine – that is increasing until you are forced to sit again: it is the so-called “neurogenic claudication” or “intermittent pseudo-claudication”. 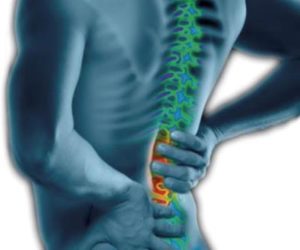 If the deformation progresses, the degree of nerve compression may increase. As a result:

-The distance that the patient can walk can be shortened more and more.

-The nerves that control the muscles can become compressed, causing the loss of strength in the legs.

The scanner allows to detect the narrowing of the spinal canal. The MRI also detects it and allows us to better observe the possible nerve compression.
Neurophysiological tests allow us to verify that there is nerve compression, evaluate its eventual effect and monitor its evolution.

When irradiated pain is diagnosed (with or without “neurogenic claudication”) due to spinal stenosis, it is recommended:

Conservative treatment should be applied during the first 3-6 months. In the early stages, pain may appear due to vascular and inflammatory mechanisms, and not by direct compression of the bone, and these mechanisms may improve with non-surgical treatment. Drugs (anti-inflammatory and antiepileptic drugs), exercise, and epidural corticosteroid infiltration are often used.

When conservative treatment fails during the first 3-6 months, it is assumed that the pain is no longer due to an inflammatory mechanism, but to the stenosis itself. In these cases, surgery is more effective than prolonging it longer. The superiority of surgery over conservative treatment manifests itself 3 months after the operation, and is maintained for at least 8 years, and probably up to 10 years.

What is spinal stenosis?