Fluoroscopic evaluation of the influence of needle gauge on epidural spread in caudal block.

Caudal block has limited injectate distribution to the desired lumbar level due to the relatively long distance from the injection site and reduction in the volume of injectate due to leakage into the sacral foramen. The objective of this study was to investigate the influence of needle gauge on fluoroscopic epidural spread and to assess the correlation between the spread level and analgesic efficacy in patients undergoing caudal block. 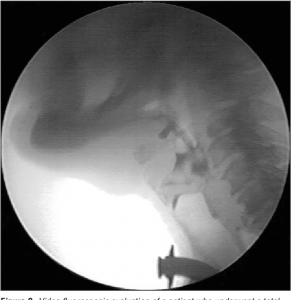 We retrospectively analyzed data from 80 patients who received caudal block for lower back and radicular pain. We categorized patients based on the epidural needle gauge used into group A (23 gauge), group B (20 gauge), and group C (17 gauge). Fluoroscopic image of the final level of contrast injected through the caudal needle and pain scores before the block and 30 minutes after the block recorded using a numerical rating scale, were evaluated. Of the 80 patients assessed for eligibility, 7 were excluded. Thus, a total of 73 patients were finally analyzed. Age, sex, body mass index, diagnosis, lesion level, lesion severity, and duration of pain did not differ among the 3 groups. All patients showed cephalic spread of contrast. Contrast spread beyond L5 was seen in 26.9% of patients in group A, 41.7% in group B, 39.1% in group C, and 35.6% overall; there was no significant difference among the groups (P = .517). Analgesic efficacy was not significantly different among the groups (P = .336). The needle gauge did not influence the level of epidural spread or analgesic efficacy in caudal block.

Fluoroscopic evaluation of the influence of needle gauge on epidural spread in caudal block.