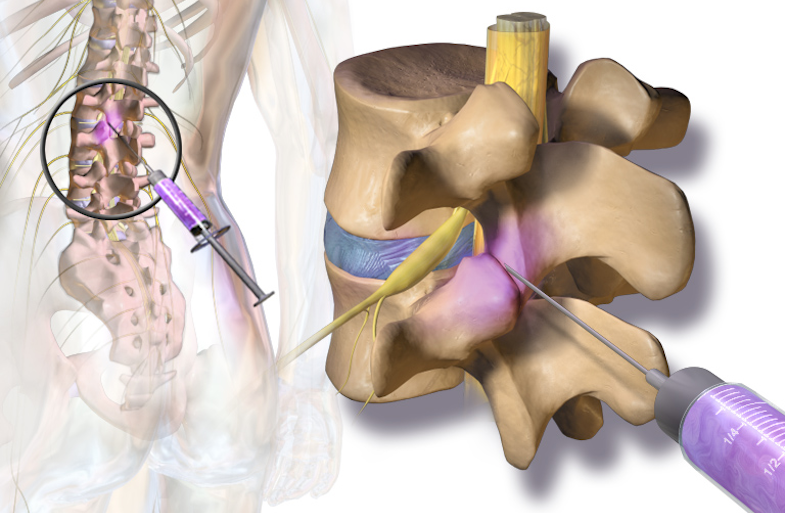 What is a Facet Joint Injection?

Facet joint injection consists of placing a local anaesthetic (medicine to numb an area) with a steroid (an anti-inflammatory medicine) in a facet joint of the dorsal column. The facet joints are located between the vertebrae. There are 2 facet joints between each pair of vertebrae. These joints give stability while allowing the spinal column to bend and turn. The use, wear, and old age can make these joints hurt a lot.

What is the purpose of this injection?

The goal is to relieve pain so you can return to perform your normal daily life activities unless your doctor tells you otherwise. In most cases, you can also do physiotherapy again.

What happens during the intervention?

The patient remains awake during the entire intervention. We continuously monitor blood pressure, heart rate, and breathing. With the patient lying face down on the intervention table, we clean with an antiseptic the site of the injection. In this procedure, a needle passes through the skin, muscle and soft tissues, thus causing some discomfort for the patient.

A little anaesthetic will be injected to numb the place where you are feeling pain. This intervention takes around 30 minutes. 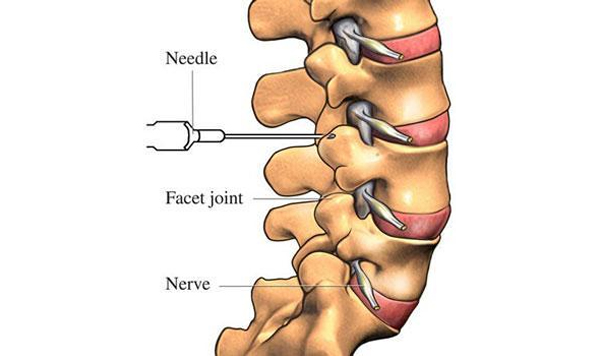 What medicines do we use in this intervention?

How do they work?

Cortisone derivatives have a very potent anti-inflammatory effect, although their risks and contraindications prevent continuous administration by general means. In addition, when they are administered generally only the part of the administered dose that reaches the inflamed territories through the blood takes effect. To increase the effectiveness of its anti-inflammatory effect and decrease its risks, steroids are placed in the facet joint in the facet infiltration, so that they have a potent local effect and fewer side effects.

Thus they would neutralize the effect of substances released by pain nerves and reduce inflammation.

Similarly, the injection of local anaesthetics directly into the joint would allow a higher percentage of the administered dose to take effect. Its goal is to inhibit pain nerves.

The risks are scarce. The most frequent are the increase in back pain, which usually returns to its previous level after a few days and temporary transient pain at the injection site. Exceptionally, infection, nerve injury, infection and bleeding have been described.

At the London Spine Unit, we have some of the best specialists to perform facet joint injections. Book an appointment to get a doctor´s checkup.

– What is a Facet Joint Injection?